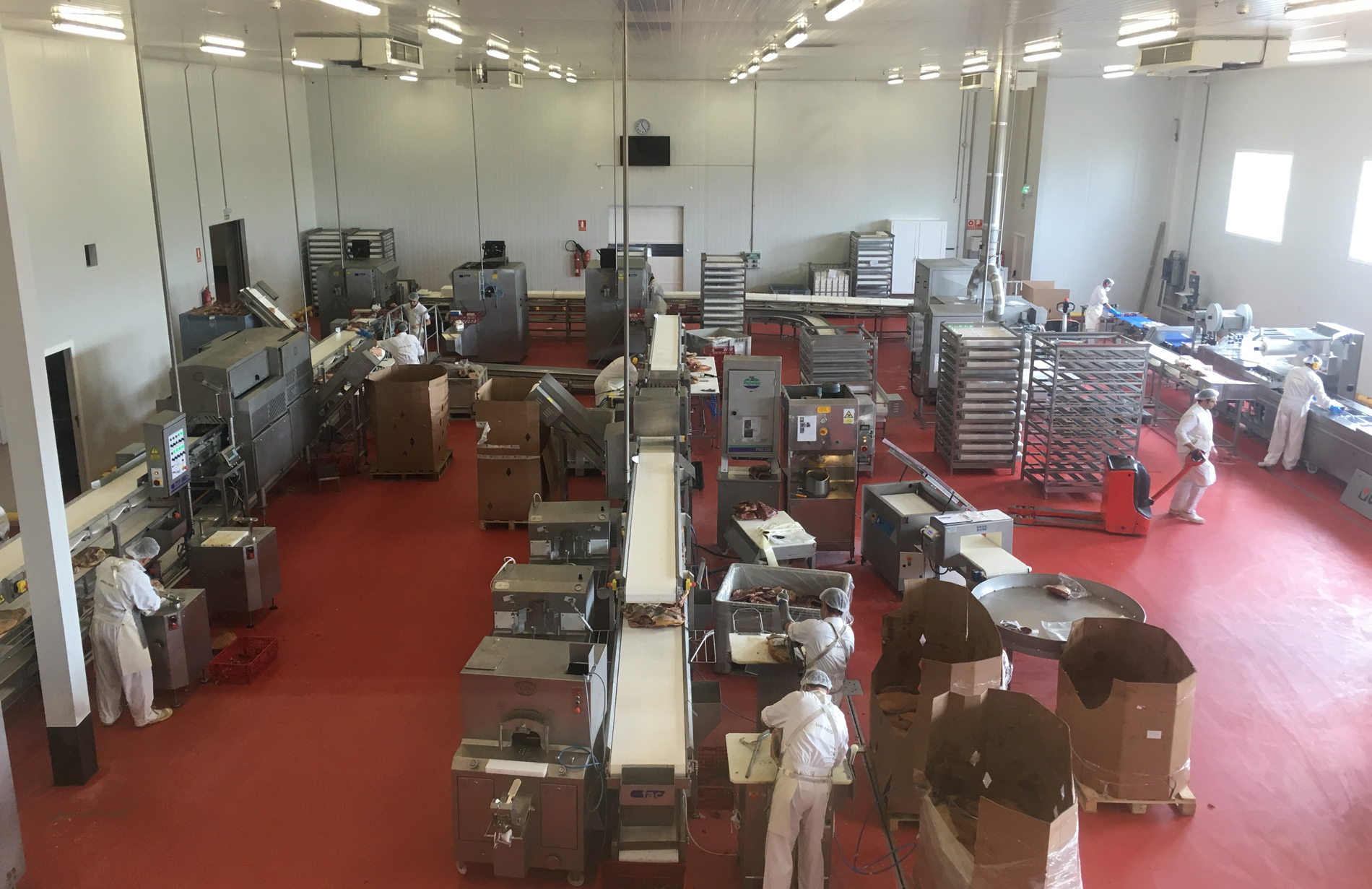 Jamones Volatín expands its facilities and double its capacity of boning to 3.600 pieces a week.

Jamones Volatínhas expanded its facilities located in the Agro-food City of Tudela (CAT) to develop a new product which begins to be produced next March.

The company from Tudela dedicated manufacturing, marketing and distribution of cured, Ibérico and serrano hams and shoulders, as well as other cured meat products, was installed in the business park of the riverside in April 2015, in a building of 5.500 square meters.

After more than one year of research, and thanks to an R&D project developed in conjunction with a technology center, Jamones Volatín will start the manufacture of a new product directed to the domestic market and significantly to foreign market. According to the manager of the company, Carlos Sesma, the expansion of the facilities is 1000 square meters distributed in three rooms: post-salted chamber with capacity for 6.000 pieces; parboiling room ,for 2.000 pieces; and a warehouse with capacity for 15.000 pieces.

In this new project has been invested a total of one million euros and it has led to the creation of two jobs in the company. Thus, Jamones Volatín employs a total of 37 people. Jamones Volatín is a company with nearly 20 years of experience in the industry and stands as the eighth most important company from Spain in commercialization of white cured ham, according to the journal Alimarket.

It started its activity in the CAT in April 2015, with a deboning line and a second deboning line has been launched , which has allowed to move from a production of 1800 pieces to 3600 pieces a day.

With this recent investment, Navarre company has established itself as a leading company in the manufacturing , commercialization and distribution market of ham, shoulder and other meat product, with an annual growth of 15%, and this year it will be increased with the launch of the new business line.

Carlos Sesma highlighted the added value that being installed in a business park like CAT, gives to his business. “It is a leading and pioneering polygon that has an exceptional location”, highlights the entrepreneur, who emphasized how beneficial it is for a business like Jamones Volatínto to have infrastructure of the CAT for water, electricity, communications, discharge manifold.

A new web thought and designe for our costumer. A more visual website, with a…